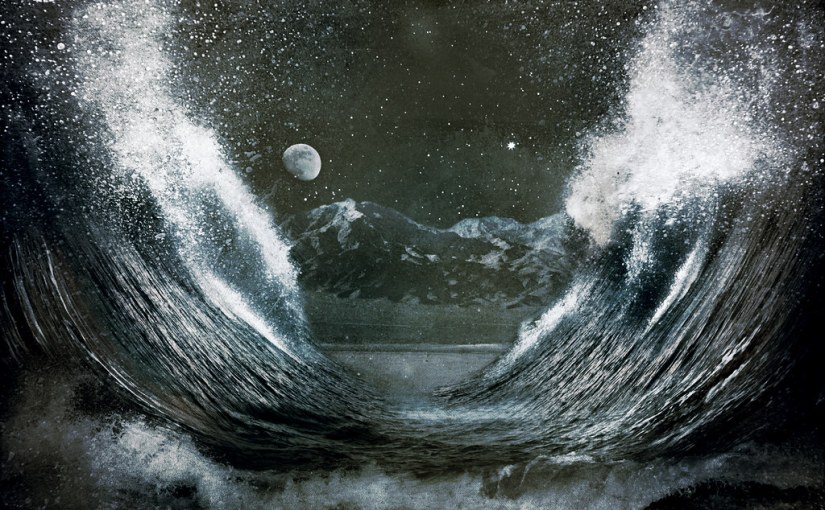 Ever since I saw Dreamworks’ animated film The Prince of Egypt in theatres, I have loved the movie and it’s music. Early this year when I discovered that a West End show had been produced, I squealed. Universal Pictures now owns Dreamworks, so I believe that is the reason why we are finally getting a stage adaptation of this movie – even though in recent years, Dreamworks has all but disowned The Prince of Egypt as one of their animated classics. Universal also produced the effervescent Wicked on stage.

Due to the current pandemic, performances in London have closed, but the posthumus release of the soundtrack makes me think they will resume after things settle down. It is my pleasure this weekend to review the newly released Original Cast Recording of The Prince of Egypt: A New Musical.

The Prince of Egypt tells the enduring Bible story of the Israelite Moses, who grew up as royalty in Egypt, after his mother tried to protect him from death as an infant. He is later banished to the desert but then called by Yahweh – the one true God – to complete a mission that may change the course of history forever.

The stage show’s new songs are written by Wicked mastermind Stephen Schwartz, who also wrote the songs for the 1998 movie. In the following paragraphs I will go through some of the songs and give my critique.

Deliver Us (The crowd pleaser.)

The epic opening number Deliver Us sounds like a carbon copy of the movie’s version, and that is a good thing. Any fan will be able to sing along as they sit down for the performance. There is some dialogue that made my ears perk up: “We must find a good name for you!” says the queen when she finds Moses in the water. Miriam suggests the name ‘Moses’ but the queen asks what it means. Miriam goes on to say that ‘Moses’ means “deliverance.” This is inaccurate. Exodus in the Bible explains: ‘Moses sounds like the Hebrew for draw out.’ This does not bother me in a creative sense, but it was glaringly obvious as a student of the scriptures.

As in the film, This horse racing scene is used to set up Moses’ relationship with his brother, the Crown Prince Rameses. The melodious drumming of the horses hooves reminds me of The William Tell Overture. The last line, “I won!” sung by both brothers brings the humour of the original scene, used to show the characters as likeable. I can’t wait to see the stage effects to show the horse race.

One Weak Link (A fascinating use of music.)

With a tune that is begins just like Hans Zimmer’s 1998 score, Pharaoh Seti sings One Weak Link after Rameses makes a dire mistake. This phrase is repeated throughout the show, defining Rameses’ motivation to refuse letting the Hebrews leave Egypt. It seems a bit overdone, listening to the soundtrack in one sitting. I imagine in the atmosphere of the theatre it would be fine.

All I Ever Wanted (The best song on the soundtrack?)

This track begins with a beautiful rendition of Hush Now, sung strongly and clearly by Alexia Khadime, playing Moses’ long-lost sister Miriam. When Moses’ All I Ever Wanted comes into play, it gives me the feels. This song is better than in the movie. The new arrangement is abundant in sweeping, anthemic phrases. This is the point that the soundtrack came into its own. Well done, guys! On a side note – in the film, The Plagues was essentially a reprise of All I Ever Wanted, but that doesn’t happen in the stage show.

This song appears at a point in the story when Moses has committed a terrible act, and Rameses wants to remove the dire consequences with his royal power. The song begins with Rameses, but it is only when Moses begins at the halfway mark that it becomes a good song. It brings back the same emotions as All I Ever Wanted, and you can tell that it’s leading somewhere. Somewhere dramatic, and perhaps tortured.

Never In a Million Years (A beautiful love song.)

This is a love song between Moses and his love interest Tzipporah, and is far and away the best original song in this version. It feels like it could be a chart-topping single and is a nice addition.

The filmmakers told the story of creating the famous scene where God appears to Moses near a bush defying flames to stay alive. They considered creating the voice of God using a mix of voices: child and adult, male and female. Instead they opted to use Val Kilmer, the actor for Moses. On the stage, they have gone back to the original idea, using a co-ed choir, in a chanting/choral style as the voice of God. This is a creative choice that annoys me  bit. In the Bible, there is at least one maternal reference to God, even though He is communicated about mostly in male terms. Also, I was dying to hear Hans Zimmer’s gentle and powerful score replicated here in song, but sadly it is not. Instead, we have a choral arrangement which is bold and direct and has great momentum, moving us straight to Act II.

For The Rest of My Life (The little song that couldn’t.)

There is a scene in The Prince of Egypt which I did not notice as a child, of Moses crumbling in tears due to the weight of responsibility he is given by God. He bears the weight for the good of his people. It moved me when I watched it again as an adult. For The Rest of My Life is sung by Moses at the same place in the story, but it does not do that feeling justice, which disappoints me but doesn’t surprise me. It would be a hard thing to execute well.

The inspirational one: When You Believe

The choral work is sweet and refreshing. My note above called Deliver Us a crowd pleaser, but When You Believe is the hit song of The Prince of Egypt and brings a lot of joy to the audience. But…the words aren’t true.

I don’t achieve miracles, God does. But it is nice that the deliverance from Egypt is linked to the words prayer and hope. And miracles, which indicates the divine. This track includes some dialogue from Tzipporah saying that she will never see her family again due to the exodus, but this is inaccurate compared to the Bible. She was reunited with her father after the Red Sea experience. Jethro also got to meet his grandchildren!

Insights on The Prince of Egypt: A New Musical

Based on the limited information we are given on the soundtrack, it seems that Rameses decides not to pursue the Hebrews across the Red Sea. This is a ginormous deviation from the Biblical text. In reality, Pharaoh is demonstrated as a man who hardened his own heart before God hardened it some more. But what they do here makes the ending a bit happier. The ending of Schwartz’ Wicked was changed to have a happy ending during workshops before it premiered on Broadway. I suspect the writers of The Prince of Egypt: A New Musical followed suit.

For the most part, the songs from the movie are the best ones, but I have told you about a few wonderful moments throughout the album. Will you join me in listening? It’s available on multiple streaming platforms. Thanks so much for reading this review! If you liked it, please share this review with your friends and leave a comment below. I would love to hear what you think!

Based in Australia, I write occasionally on the subject of pop culture, with movie reviews and other reflections from my Christian angle. If you like what you read, please share the article and write a comment. View all posts by Jonathan Paper